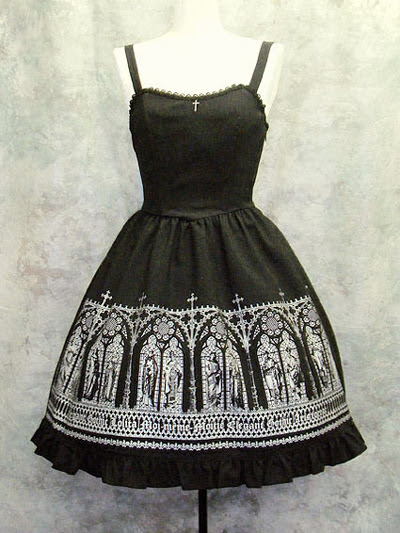 Let me tell your more about this dress and let me tell you why this dress is so special to me even when it's not my dream dress. It feels really weird to say but this dress was meant for me,  I needed to have it and not because it was so beautiful. This sounds a little bit vague...
Let me explain it! I really liked this dress when Moi-même-Moitié released it, I fell in love white the shape of the dress. And look at the print it's amazing especially the glitters! There aren't many people who can tell that they have a dress with sparkling saints. ^_~
That's why I started saving up for it, I guess it didn't went that well only I graduated from high school so I could pick a gift. My mom thought it was ridiculous to give me a expensive dress like that, it wasn't something that I would like forever. I asked my dad and I was very lucky, he decided to partially pay for my dress because of my graduation. So... I can tell you, it was a partially gift from my dad which meant so much for me. I was so happy! ^___^
That's the first reason why I think this dress is more special than my other dresses.

Only when the dress arrived after three week or something, I had to pay a huge amount of custom taxes. I think half of the whole amount... That day so my mom opened the door and had to pay for the taxes. After I payed she was furious, she found out the price of the dress and about the custom taxes of course. I was really surprised  I've had already warned her about the taxes and such.. She didn't have to pay it herself, so I didn't get all the fuss. Only every week I began to feel more and more ashamed that I bought a dress of such a huge amount of money... And those custom taxes I was so furious about that why did I always have to pay so much money? It's unfair some people never get those!

That's why I started to hate the dress, I thought wasn't worth a dress from Moi-même-Moitié...I wore the dress once then I really wanted to sell it.. I didn't wanted to have that dress anymore.  I hated it, it had to go! Unfortunately (??) I couldn't sell it... there was nobody who could offer me that large amount of money or trade the dress. Every meetup I said, this is the last time I wear this dress. It's a goodbye, this time for sure. Only I wore the dress more and more... I've never had a lolita dress which I wore more than ten times. That's why I started to like it, all those times and all those good memories I have when I wore that pretty dress.

The last reason why I could NEVER sell this dress has something to do with a deeper meaning. With the recordings of a Dutch television program I wore the Holy Stained Glass. So... I was on TV while I was wearing this dress! I guess that's great?!  ^__^
The reason why I wore this dress wasn't nice.. I knew I was going to loose someone important in a few days. I had to wear my memorial cake that day only I couldn't... you should not wear pink dresses in a situation like that.
My outfit from that day was a memorial outfit, to show my last honor.

This dress is so much more than just a dress. It has so many reason why I love it with all my heart, not because it's a beautiful dress, it's because all those memories. Many good memories and many bad memories, this dress remembers me not to give up and follow my dreams. This dress remembers me to think twice if you want something and not to judge in advance. Although I didn't like this dress first, I even hated it for a while, it's my favorite dress. The most important one this dress remembers me of friendship, of all those nice days I've had with my friends. And hopefully for all those days that will going to happen in the future. 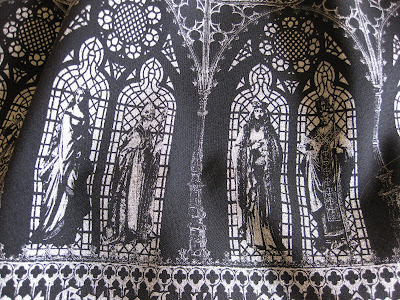 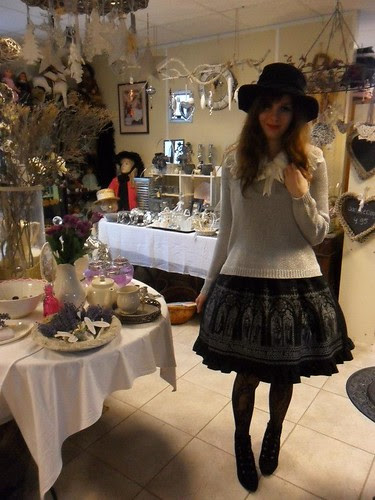 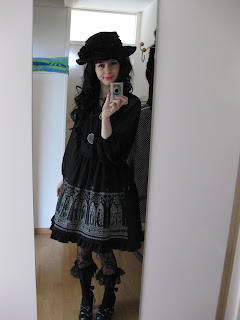 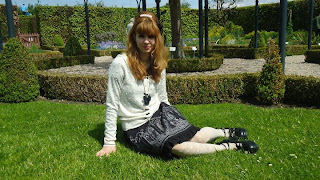 I hope you understand why the Holy Stained Glass is my favorite dress...
I would love the hear all your stories about your favorite dresses! Please tell me! ^__^

Violet
Hello, my name is Violet. Nice to meet you! I'm a girl who lives in an angelic cute world with a touch of darkness. This place is called Angelic Nostalgia,I collect my good memories here. I'm a Gothic Lolita and in Summer I wear Sweet Lolita from time to time. I love traveling, art, books, ball jointed dolls, cats, food and cute things. Thank you for visiting my blog! Do you want to know more about me? Please ask me. ^__^